In April 2001, as a mechanical supervisor at Metro-North Railroad, I began creating a website for safety & equipment information at the Brewster Shops.  Shortly after that I was given a specially appointed position doing web development for Metro-North Railroad Mechanical Department.  For the next 8 years, until retiring in 2012, I created a Mechanical Department website (shown below) & 27 web applications that allowed access to all the mechanical department documents and equipment information. Below are some of the applications created. 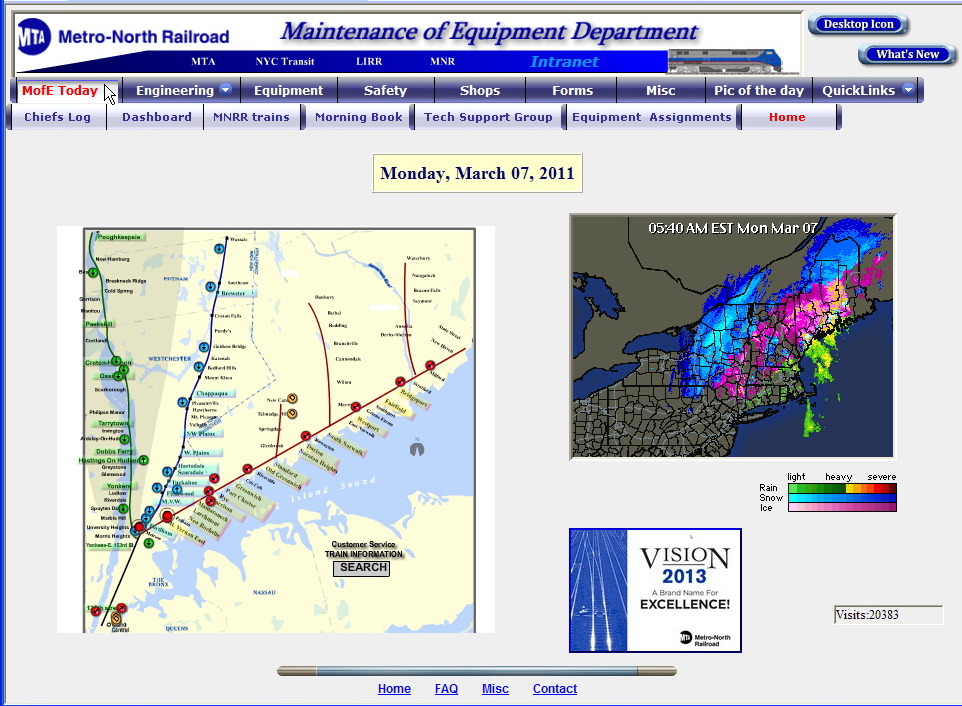 A Job Safety Analysis application made in 2009.

Scroll back to top