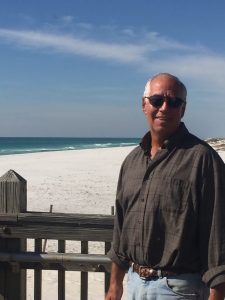 In 1983, after 7 years on the Pittsburgh & Lake Erie Railroad, I was laid off due to the import of foreign steel when all the steel mills shut down. The federal government decided to try to move everyone effected to the Technology Industry. Under the government program I was able to go to the University of Pittsburgh for one semester to learn the new technologies, which at that time were pascal, cobal, and programming which was really running IBM Punch cards through data processing systems – remember this was the beginning of the new technology. After one semester I got another job at Metro-North Railroad and moved from Pittsburgh to New York, but I had the tech bug.

In 1993 I created my first website and for the next few years I was just creating personal websites and learned server side code   It was really the beginning of the graphical internet called the world wide web, an exciting and new age.

As a railroad foreman supervising mechanics In 2001 I designed a website for the Metro-North Railroad Brewster shops so we could electronically view the shop and equipment info.

In 2004, I applied for a newly created position in the Mechanical department, explaining I would do web development and put the equipment and shop information to the company intranet, they hired me.  This had not been done before and all reference material was printed and had to be researched in books.  So for the next 8 years I worked independently on a specially appointed position in a company of 6000 employees,  separate from the IT department and created a internal company website with over 100,000 files, manuals and documents and over 240 unique visitors a day.

Retired from the Railroad in 2012 after 34 years and 55 years old.  Later in 2012 and 2013 I worked for two companies, WWWenterprise and Medaltus, managing google adwords accounts with a spend of over $70,000 per month.  This was a part time position and during that time, developed a google adwords analytic application for them to manage their 5 adword campaigns with over 6,100 products and over 400 domains.

In 2012 I rented a house in Pensacola Florida and spent the spring and fall there until 2017 and now spend all my time in Newburgh, NY.  I was born in Cheyenne Wyoming, lived in Birmingham Alabama, Pittsburgh Pennsylvania and Newburgh.  I have a lovely wife and 3 children with the youngest just finishing her last year at the Fashion Institute of  Technology in New York.

Scroll back to top